This all started with the Stealth-E design I worked up a while back, the black one shown here and on another page of my site.  I got the idea of laser cutting it to build a couple more and enlisted the help of my friend Carl Martin. He worked up a laser file for me and I shipped it off to Dave at Littlebirdz. Dave helped me clean the file up and along the line taught me about how laser cutting works. We struck up a friendship and he asked if I had thought about actually selling Stealth-E as a kit. I had indeed thought about it, but R/C is my hobby and I don't really have any inclinations towards trying to make money out of it. Dave was interested in kitting it himself and we struck up something of a partnership to make it happen! After extensive development, the kits are now in production. Price is 20 bucks which includes laser cut 1/8" balsa, 1/16" balsa, 1/8" basswood and 1/64" ply. In addition a plan is included, plus hardware and a full  instruction booklet with color photos. This kit is CHEAP for everything that is included! Dave is selling them through his site, click >>HERE<< to go to his site to order them. Many of these kits have been sold and the feedback has been tremendous, these little jets have quite a loyal following! Many thanks to all the great pilots that have provided feedback!

UPDATE 11-11-06- The Bullet design shown in the above picture is now in production as well, it is also being sold through Littlebirdz. I'm also developing a 3rd plane design for Littlebirdz, it will be an Old Timer-styled 3 channel plane.

The main differences between Stealth-E and Bullet are cosmetic, plus the Bullet has a recessed battery tray due to many people requesting it after Stealth-E was in production. They fly the same speed and perform in the same manner. Bullet can perform one interesting stunt that Stealth-E can't, it does a fantastic parachute! Cut the power and feed in full up elevator and it parachutes straight down with little wing rock. Throttle up and it flies out of it easily. I think it may be due to the extended nose, but it could also have something to do with the high tail design.

In the process of developing these kits I've built several, below are descriptions of them:

First Stealth-E (scratch-built prototype, the black one in the pictures):

Second Stealth-E (built from the beta kit, the yellow/ black one in the pictures):

Third Stealth-E (built from the final kit, the red/ white/ blue one in the pictures):

The above plane was later converted to a Medusa 12mm brushless and was clocked on that setup at 65 mph.

Here's video of the Stealth-E. It's so small and quick that it's hard to catch on tape, but my wife did a pretty good job and this will give you an idea of how it flies:

First Bullet (built from the beta kit, the yellow/ white one in the pictures): 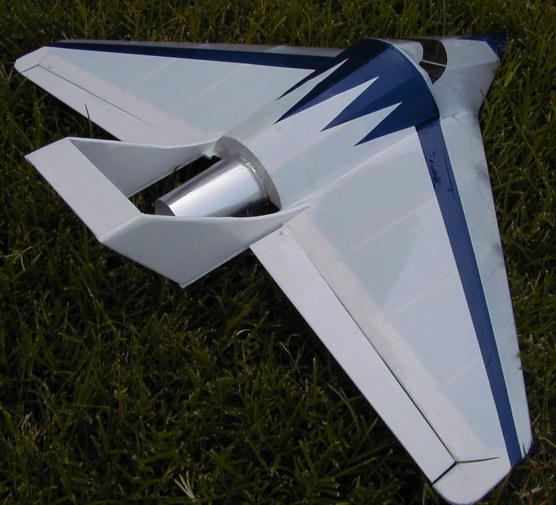 Second Bullet (built from the final kit, the silver/ white one in the pictures): 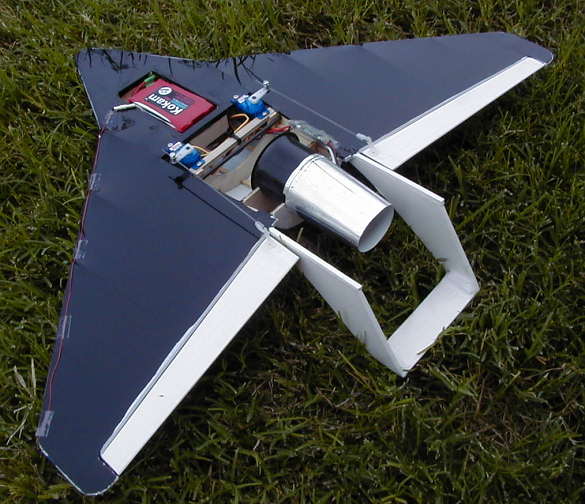